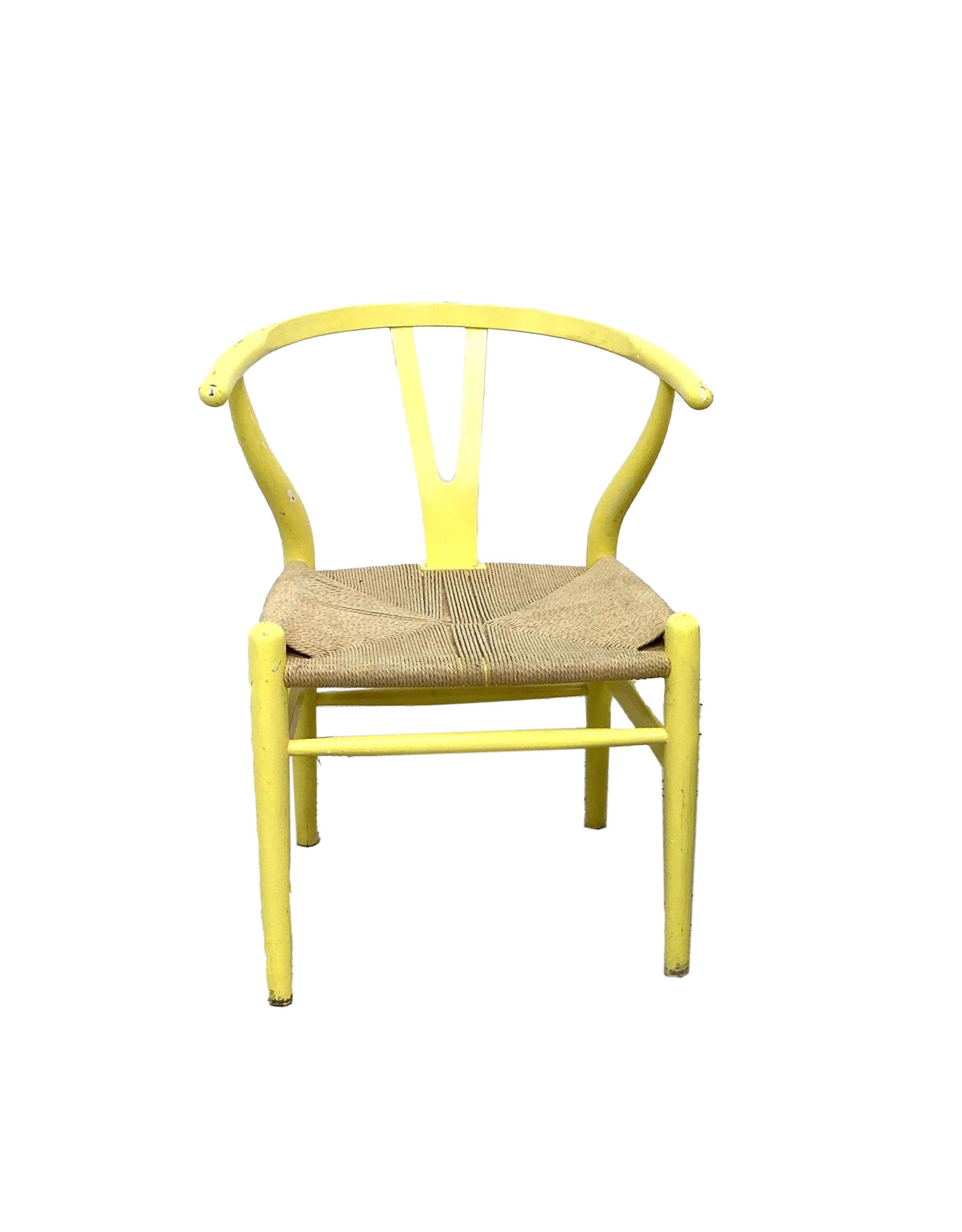 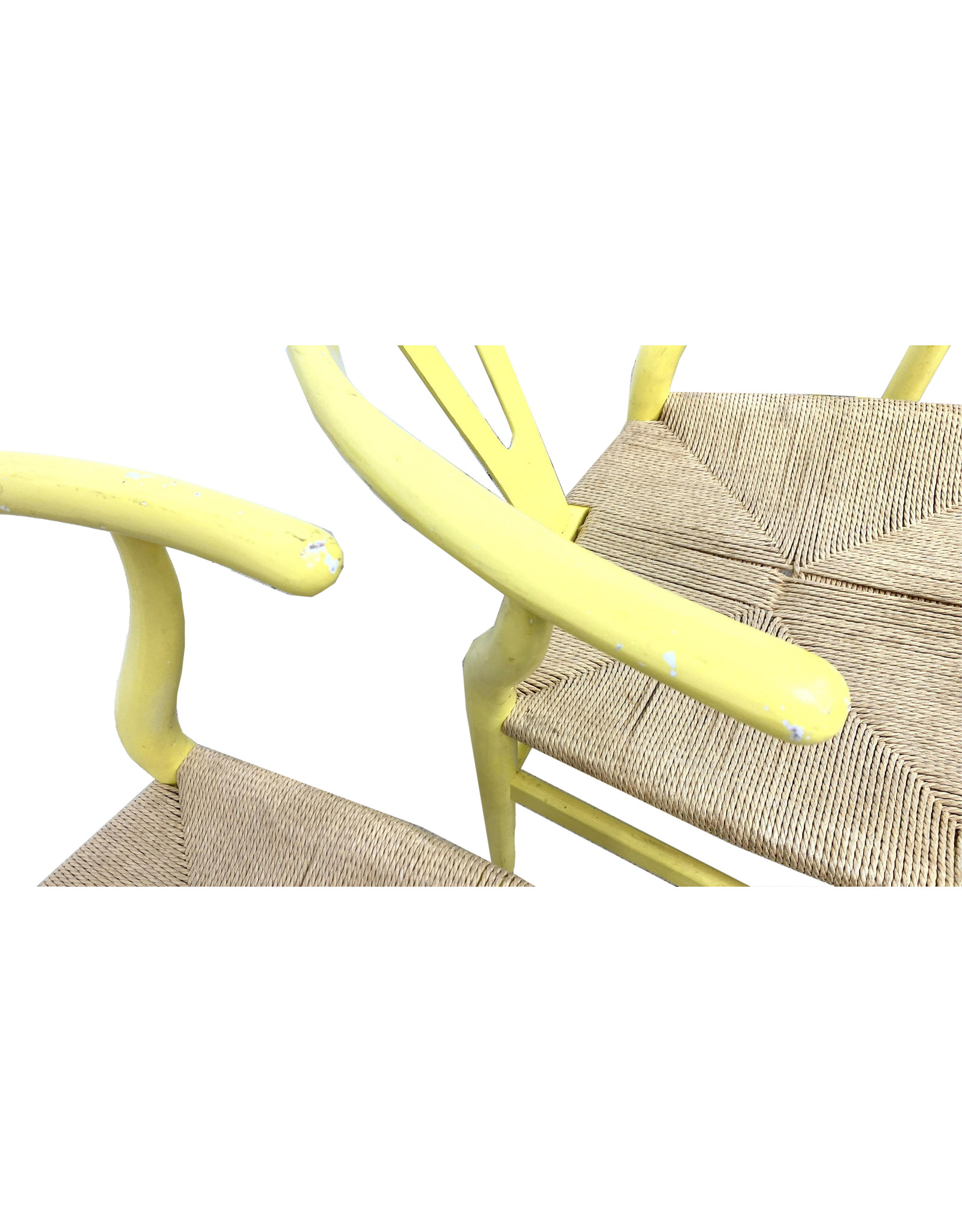 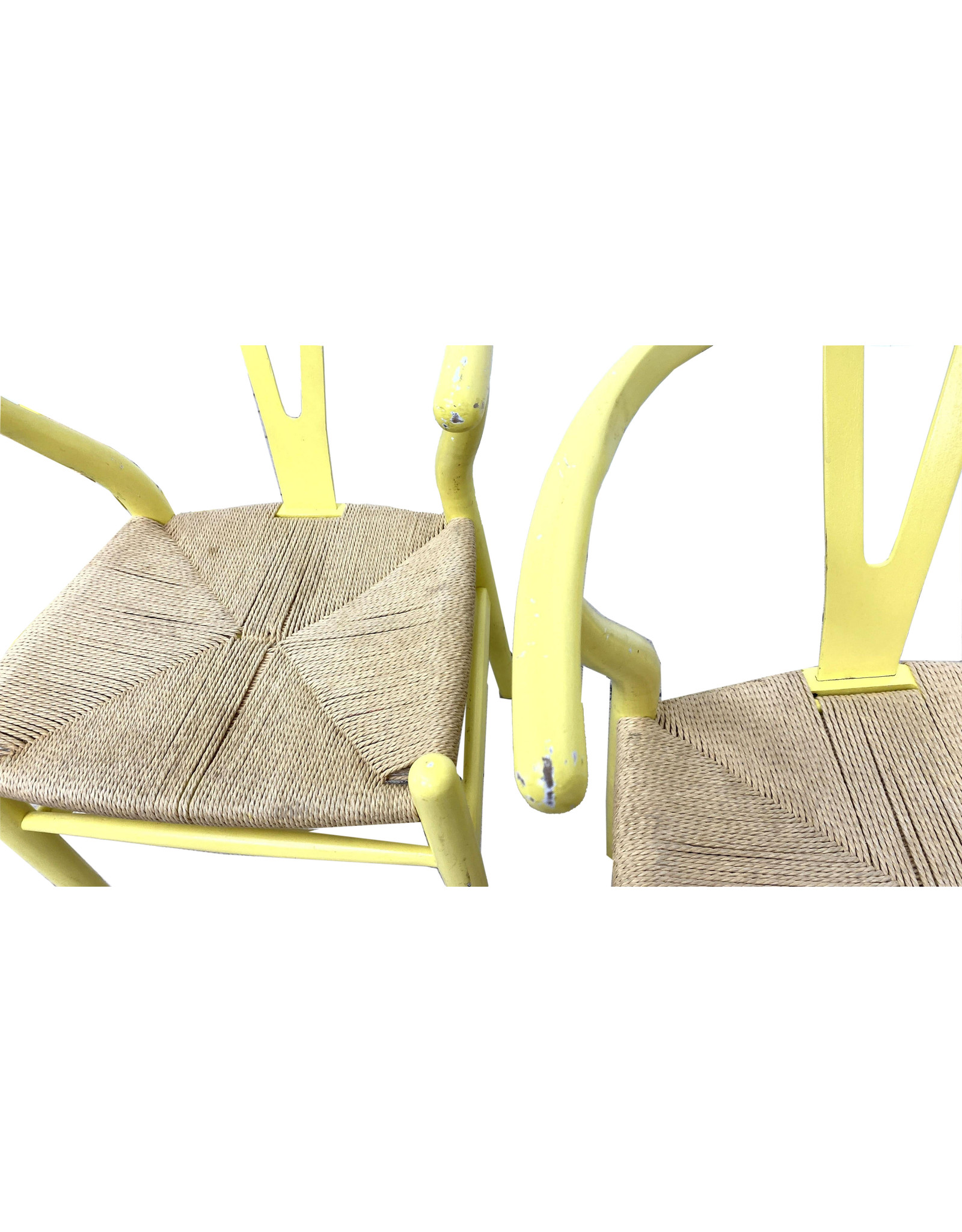 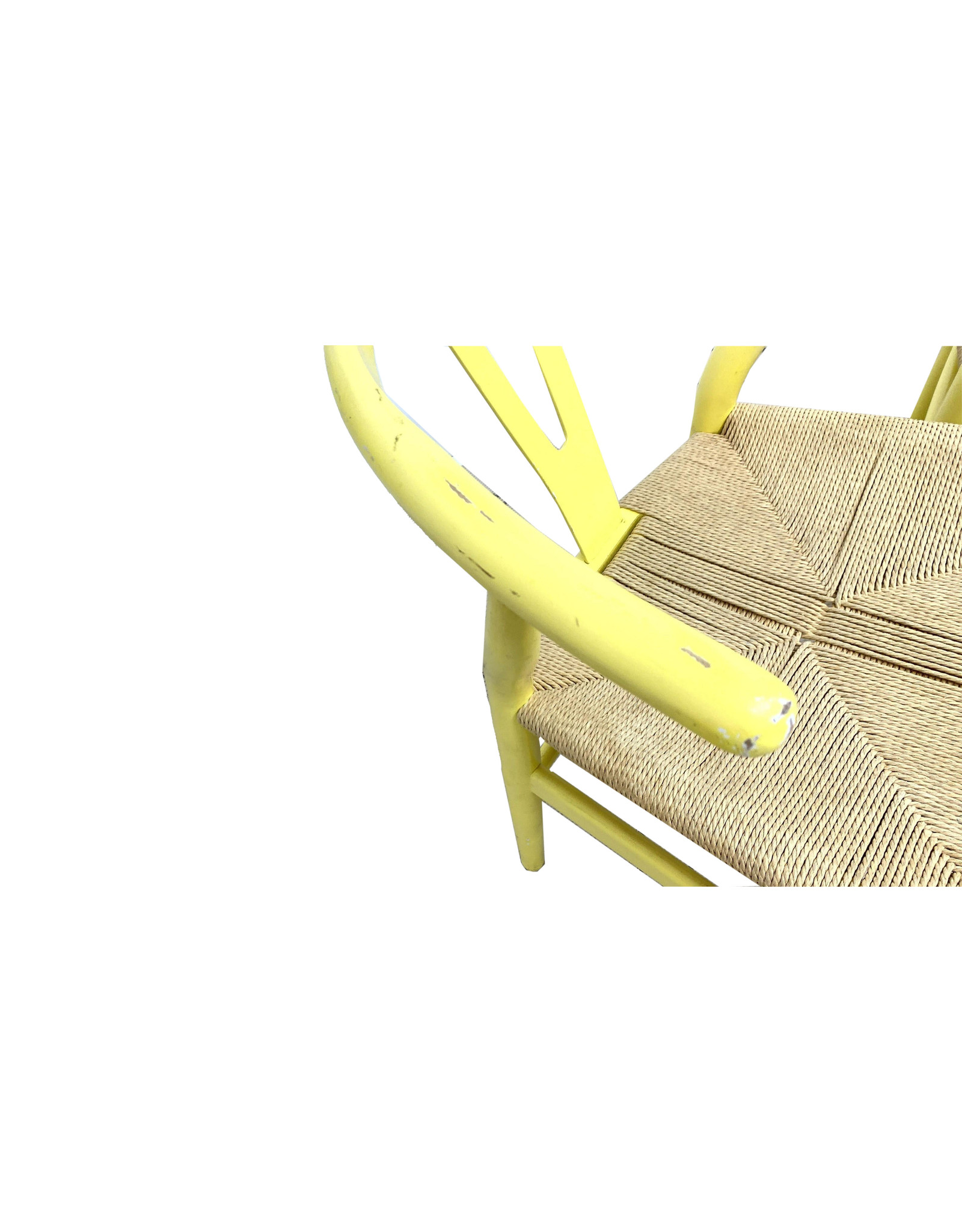 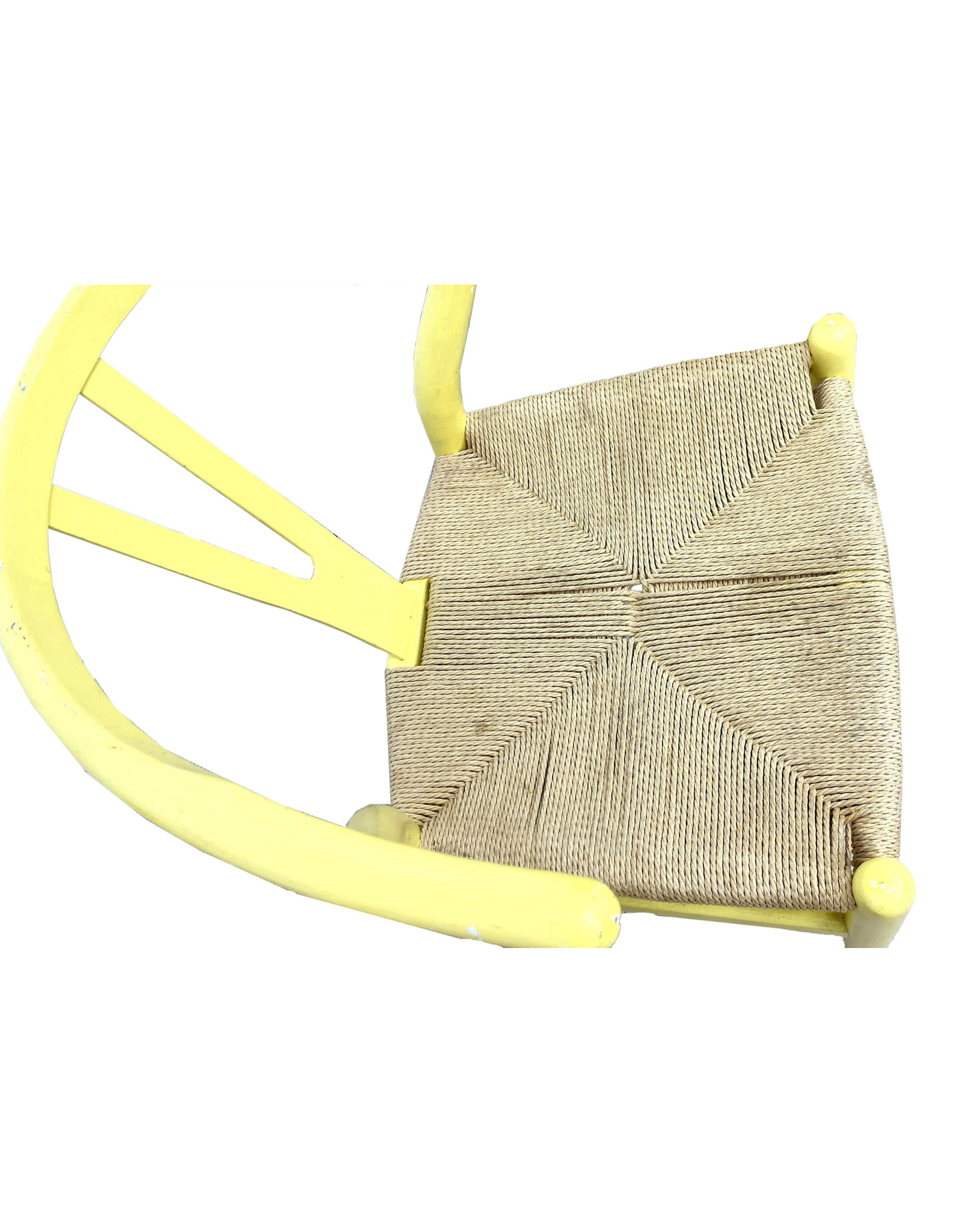 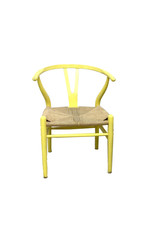 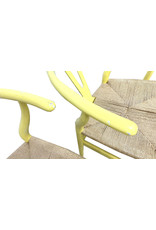 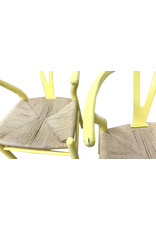 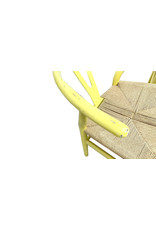 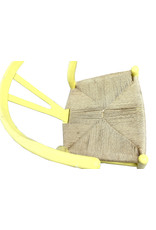 These wishbone chairs are painted in a wonderful yellow with rush seats.

In 1944, Danish designer Hans Wegner began a series of chairs that were inspired by portraits of Danish merchants sitting in Ming chairs. One of these chairs was the Wishbone chair (1949), also known as the “Y” or “CH-24,’ which has been produced by the Danish firm Carl Hansen & Søn since 1950. The son of a Shoemaker, Wegner was trained as a cabinetmaker before attending the School of Arts & Crafts in Copenhagen, after which he began his career as an architect. Just three years later, Wegner started his own design office, and his work soon caught the eye of Carl Hansen. The light, sculptural Wishbone chair was exactly what the Hansen company was looking for to supplement the heavier forms that were popular at the time. Using the best natural materials and refined steam-bent methods, Wishbone is made to last and offer outstanding comfort for generations.